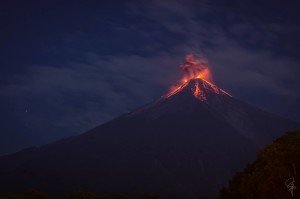 Women… fact: if you suppress your own sexuality, you are very likely projecting this onto others, including men.

If you are not allowing yourself to be comfortable as a sexual being, if you are not at ease with your own initiator and your inner beast-slut-holy-whore, there is a higher chance that when a man is sexually suggestive to you, you will be triggered and take umbrage, as he is flaunting something you don’t have access to – that’s how shadows work.

Why does this matter?

Because post #metoo we are riding a panic wave where men are being demonised and called out and potentially charged with actions which are not crimes, but just make a woman feel a way she doesn’t want to feel. Of course there are cases of rape and sexual misconduct, but I am not talking about those. I am talking about being looked at a certain way, being flirted with or being at the receiving end of someone being sexually suggestive.

Women who suppress their own sexuality and are repulsed by men’s sexuality and perpetuate the demonisation of it, are shooting ourselves in the foot. We are going to create a world with a lot of miserable men – just as we would be if we had to hide and feel ashamed of a part of us – and a world in which men oscillate between being lifeless and dull in the bedroom, and probably more likely to commit genuine acts of sexual misconduct because whatever shadows we have must come out in dysfunctional ways. By entering into this dynamic we’re also acting like delicate victims men need to pussyfoot around, instead of the bad-ass, resilient, capable creatrixes we are….

If you are tutting at men as being sex pests and haven’t had a good old look at yourself and how you are potentially contributing towards this war between genders, then you are most definitely part of the problem.

I find it fascinating that we can read things in such a polarised way with no appreciation for nuance and multiple truths. I could have written a lot more, encompassing other layers, but chose not to otherwise it would make my post too long.

I am not criticising the #metoo movement as a whole. I think it’s casting a powerful ripple in the world, the possibility of bringing justice, raising awareness, empowering women, supporting a movement towards healing something. As someone drawn to an enquiry into women’s empowerment and shadow integration, I find the #metoo movement exciting and also dangerous, if it stays on surface level.

By addressing women, I am not suggesting that men do not have work to do too! By talking about heterosexual dynamics, I am not negating that some people don’t identify within this or that genders outside of the binary system exist.

By describing a distinct phenomena, which I believe would benefit from being talked about, I am not saying that most abuse claims are false or saying that #metoo is about sexual suggestiveness. Of course not. There is terrible violence and abuse in the world and #metoo is bringing some of that to justice. I am also not saying that it’s not sometimes appropriate or understandable to be grossed out or pissed at men for being sexually suggestive. And I am definitely not saying that women attract or deserve to be harassed because of repression.

And finally, even if I sound a bit stern in my writing, I believe in tenderness, kindness and compassion for all beings, especially around this topic.